Never has so much (tax) been paid by so few

“Things as certain as death and taxes, can be more firmly believ’d” penned English writer Daniel Defoe in 1726. Indeed, The Exchequer is estimated to rake in £185 billion of income tax in 2018-19, an amount surely beyond the wildest imagination of our forebearers who, in 1799, introduced income tax as a temporary measure to help fund the Napoleonic Wars.

Whilst the amount of income tax collected is ever increasing, the number of taxpayers has gradually, and quietly, diminished over recent years even against the backdrop of record employment. At the same time, the burden of income tax has dramatically tilted towards additional rate taxpayers whose income tax receipts have soared over the last decade.

Overall, never has the UK’s public finances been so reliant on such a small targeted group of individual taxpayers. New tax incentives to attract foreign investors are being actively developed and promoted by some OECD countries and partners. The corollary is that the affluent are leaving the UK with increased frequency and if this trend is not arrested, then the burden of revenue from income tax lost to The Exchequer will fall to a shrinking taxpayer base.

Those within the scope of UK income tax are now estimated to number 31 million, which is around 1.5 million less than the peak in 2006-07. This reduction in the taxpayer base has occurred at the same time as the number of people in work has increased by 3.75 million since 2010. The sustained increase in the personal allowance from £6,475 in 2010-11 to £11,850 in 2018-19 has had the effect of removing many people from income tax altogether.

Of course, income tax is not the only source of revenue for The Exchequer which generally includes taxes on personal income, consumption, capital and business income. Taxes on personal income (income tax, national insurance contributions and bank payroll tax) make up the bulk of the revenue at about 50% of the total tax take of almost £600 billion. Income tax regularly hovers at around 30% of the total tax take which is about the same as the proportion of revenue generated from consumption.

The personal allowance tapers away once income exceeds £100,000 such that it will not be available at all to those whose income is over £125,000. Starting in 2021-22, the personal allowance and basic rate limit will increase with inflation and the higher rate and additional rate limits will be frozen. Both measures will naturally force more and more people to drift into higher income tax settings and seems to be evidence of a general bias against higher earners deployed by successive UK governments since the financial crisis. But that is just the tip of the iceberg.

The UK is now, more than ever, vulnerable to a small populace of income taxpayers to fund its public finances. This group is likely to be more financially sophisticated than higher rate and basic rate taxpayers and more open to exploring the benefits of settling in other countries which can be an expensive and risky undertaking. It would seem to make sense that public policy encourages the retention of these individuals within the UK tax net and the attraction of others from abroad.

The percentage of the income tax paid by the top 1% of taxpayers has steadily increased over the past two decades. In 2003-04 this group contributed just under 21% of the total income tax take. This is expected to have been almost 28% in the financial year 2018-19.

A chorus of anti-wealth sentiment has gathered momentum over recent years. Not surprisingly, this has been stoked by politicians of all persuasion.

In the summer of 2015, George Osborne, delivering the first Conservative Budget since Kenneth Clark departed from No. 11 Downing Street in 1997, was the cause of much surprise when he announced, “I am today abolishing permanent non-dom tax status”. Although the consultation and the tax law which followed revealed the Chancellor’s announcement did not quite follow its literal meaning, it sent a confused message to the UK and beyond that foreign investors were no longer welcome in the UK. One prominent European wealth manager asked, “I heard the UK doesn’t like rich people anymore?” The damage was done.

Perhaps more of a concern for some given the current political turmoil is that a John McDonnell Chancellorship is now a distinct possibility. Is it any wonder people are anxious after Jeremy Corbyn told a music and arts festival running alongside the 2018 Labour Party Conference, “The very richest in our society have had tax breaks, giveaways, and tax havens. I tell you what, they’re on borrowed time.” These allegations appear wholly inconsistent with the data provided above. The threat, and the associated anti-wealth sentiment, however, endures.

This direction of travel would seem to be supported by the OECD who has noted corporate income taxes are the most harmful for growth as they discourage the activities of firms that are most important for growth, investment in capital and productivity improvements (see: page 22 Tax Policy Reform and Economic Growth, OECD 2010).

Despite the significant reduction in the rate of corporation tax over the last decade, receipts have surged; from £37.5 billion in 2008-09 when the rate was 28% to £60.1 billion in 2018-19 when the rate was 19%. Clearly, some of this is due to an improved anti-avoidance tax framework and the recovery in company profitability since the Great Recession.

Europe’s forty-plus independent nations compete vigorously amongst themselves for global capital and often the domestic revenue systems are used to attract such investors. Historically the largest tax concessions have been offered by smaller jurisdictions (e.g. The Channel Islands, The Isle of Man, Gibraltar, Monaco and the like). However, tax breaks are increasingly being afforded by mainstream OECD members and partners including Portugal, Italy, Ireland and the UAE.

Portugal offers a Non-Habitual Residence tax regime whereby those who qualify are relieved of tax on most foreign income and gains for ten years. Italy has introduced a resident non-Italian domiciled tax regime which protects foreign income and gains from Italian tax at a cost of €100,000 per annum for 15 years. Ireland affords those with a non-Irish domicile a permanent tax break on non-Irish sourced income and gains on non-Irish situated assets. All of the above programmes are offered by OECD members within close vicinity to the UK and are geared towards affluent and internationally mobile individuals. Further afield, the UAE, who is an OECD partner, will soon offer long-term residence visas for investors, entrepreneurs, innovators and talented expatriates. The UAE does not operate income tax or capital gains tax regimes.

The direction of travel of some of our neighbours and trading partners is that they are expanding their personal tax incentives to welcome wealthy investors.

All this is not going unnoticed by additional rate taxpayers who are leaving the UK with heightened velocity. In 2017 alone, 5,000 individuals with net assets of at least $1 million left the UK for good. There were only 1,000 arrivers. The cost to The Exchequer is not only the revenue lost in the year of departure, but also the ongoing reduction in each subsequent year.

The Laffer Curve is a theory developed by Arthur Laffer to show the relationship between the rates of taxation and tax receipts. The indisputable starting position is that no income tax is collected when tax rates are either 0% or 100%. Somewhere in between those two poles there is a tipping point where an increase in tax rates will result in a decrease in tax receipts. Perhaps we are already seeing evidence of this with people deciding to withdraw from the UK tax system altogether by settling in another country.

Looking ahead, suppose 10,000 additional rate taxpayers with taxable incomes of over £1 million a year leave the UK to settle in other countries. The cost to the public purse would be £9 billion per year, or 5% of the total income tax take. None of this includes the very likely adverse impact on capital gains tax or VAT collections.

To recover its fiscal position on income tax alone, the Government could look to raise income tax rates. However, by its own admission, there would be very little bounty in the Government further targeting additional rate taxpayers. HMRC predicts that a 1p rise in the additional tax rate (from 45% to 46%) would yield a modest £110 million in income tax in 2019-20, rising to around £200 million from 2020-21 (see: Direct effects of illustrative tax changes, HMRC, January 2019). This may suggest we have nearly arrived at the tipping point of the Laffer Curve for additional rate taxpayers.

A decrease in all main allowances by 10% (including the Personal Allowance from £12,500 to £11,250) would yield a whopping £10.5 billion in 2019-20 and then £13 billion per annum from 2020-21. The cost of this measure would be born solely by basic and higher rate taxpayers given all main allowances taper away in their entirety before the start of the additional rate band.

Illustratively, if all of the UK’s additional rate taxpayers upped sticks and left, then the shortfall of income tax alone (£56 billion) would equate to an increase to the standard rate of VAT from 20% to 29%. Alternatively, the entire Defence budget might be scrapped (£38 billion in 2018/19) or well over a third of the Health and Social Care budget (£124 billion in 2018/19).

The UK has been a bastion of free trade for centuries. The rule of law, system of government and time zone provides an attractive arbitrage over other jurisdictions and the Government’s policy on corporation tax includes a competitive element. Despite the income tax take for additional rate taxpayers increasing dramatically and disproportionately over recent years, a sense of resentment of the wealthy is growing whilst other mainstream countries extend open arms to international investors. There is already evidence of affluent UK taxpayers voting with their feet. Politicians are playing a dangerous game with income tax receipts when so few people (393,000 in 2018/19) carry almost a third of the income tax burden and the options to relocate are increasing.

If you have any questions arising from this article or would like to discuss how it may affect you or your business, please contact [email protected]

This article is for reference purposes only. It does not constitute tax advice and should not be relied upon as such. Specific tax advice about your specific circumstances should always be sought separately before taking or deciding not to take any action.

A pdf version of this article is available here

This paper is intended to be a brief note for clients and other interested parties. The information is believed to be correct at the date of publication but should not be relied upon as a substitute for professional advice. Please speak to a member of our team. 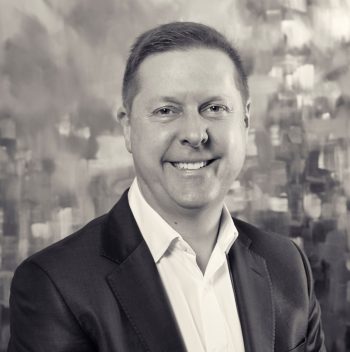